Wolfenstein 3D took you into the past, thrusting you into a world at war. Blake rockets you into the future where a sinister madman, using genetics to create an army of bizarre creatures, is waging war on Earth. Blake has more of everything! More action, more enemies, more levels, more firepower, more graphics, more animation, more pitfalls and more features. Like built-in auto-mapping, so you never have to worry about getting lost in the game.
Release: Dec. 3, 1993 • Developer: JAM Productions 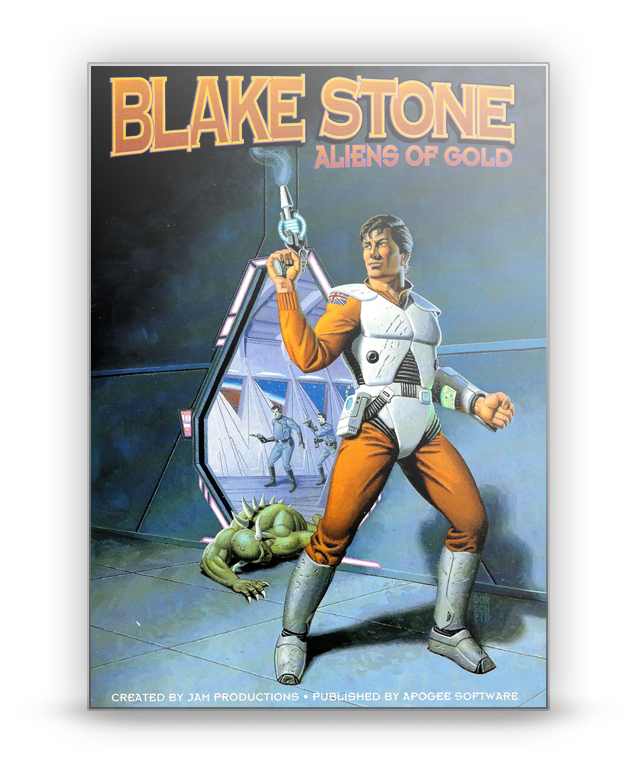 You're pitted against Dr. Pyrus Goldfire. He's found a way to replicate pure gold, which he's using to fund his maniacal plan. Goldfire has built six highly-secure, futuristic locations where his creations are being hatched. It's up to you to penetrate his security and stop him at all costs.

Break and Take: Crates can be blown apart to reveal weapons and other goodies, such as gold, money, food and ammo.

Break a leg. Theirs.: Over 20 unique and adaptive actors, including guards, aliens, mutants and pods.

Inside Intel: Interactive informants give you clues and hints.