You start out from the bottom of the ranking list. Your objective: earn money in the blitzkrieg-battle races. Fight hard for each precious championship point. Fellow competitors are showering you in a constant hail of bullets. Each race is deadly contest - a matter of life or death.
Death Rally takes the top-down racing game to a level you've never experienced before.
Release: Sept. 6, 1996 • Developer: Remedy 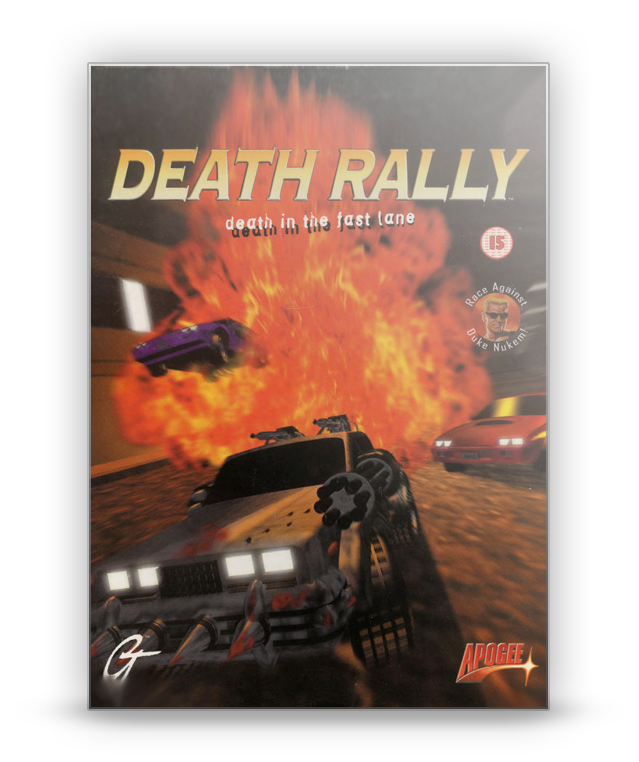 Shoot your way through screaming bystanders, pick up more ammo and turbo from the side of the track, and floor the pedal while performing some shady deals for The Dealer. No trick is too dirty when you're preparing for The Final Confrontation. Only the hardest armor, the most powerful engine and the biggest guns will see you through the ultimate battle against The Adversary.

And when you feel you can't take it anymore, you can check out the underground market: Spiked bumpers, landmines, rocket fuel or sabotage can provide a way to create some nasty accidents for the competition.

Play alone or with friends, Death Rally supports network multiplayer for up to 4 players and serial or modem connection for two players.

Equipped to Kill: Each car is equipped with different weapons.

Keep Your Friends Closer: Mutliplayer support for up to 4 players.