Duke Nukem is back. Captured by an alien foe in the middle of promoting his best-selling book, “Why I’m So Great”, Duke must once more defeat the forces of evil to save himself from the knowledge-stealing Rigelatins, and ultimately prove his book’s namesake. In this sequel to the 1991 high-octane, bot-busting video game, Duke Nukem, the King of Action must blast, cannon, missile and flame his way to victory - a victory that would stop the secrets of both ass-kicking and bubblegum from falling into the wrong hands.
Release: Dec. 3, 1993 • Developer: 3D Realms 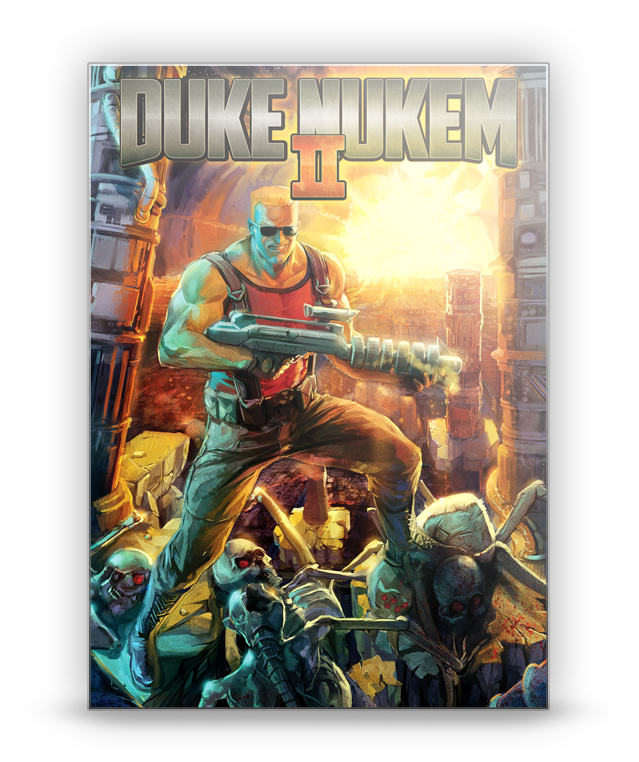 Our hero is ready for action. Duke must escape his alien prison cell, then battle to end the hideous plans of the Rigelatins.

For fans of the original Duke Nukem, your favorite touches return: soda cans for health, turkey for food, spy cameras watching your every move, boxes you can destroy for bonuses and surprises, and more. Duke still flips, and he walks hand over hand across pipes, chains and ropes, with the new ability of shooting downward while doing so. Duke can also crouch, duck, and shoot upward.

I'll Be Back Absent from Duke Nukem II’s original release, Duke has been retrofitted with sun glasses for a third dimension of coolness in a two-dimensional world.

Don’t Try This at Home: Always the consummate professional, Duke must collect power-ups, fly space fighters, and drink six-packs to escape the clutches of his evil alien captors.