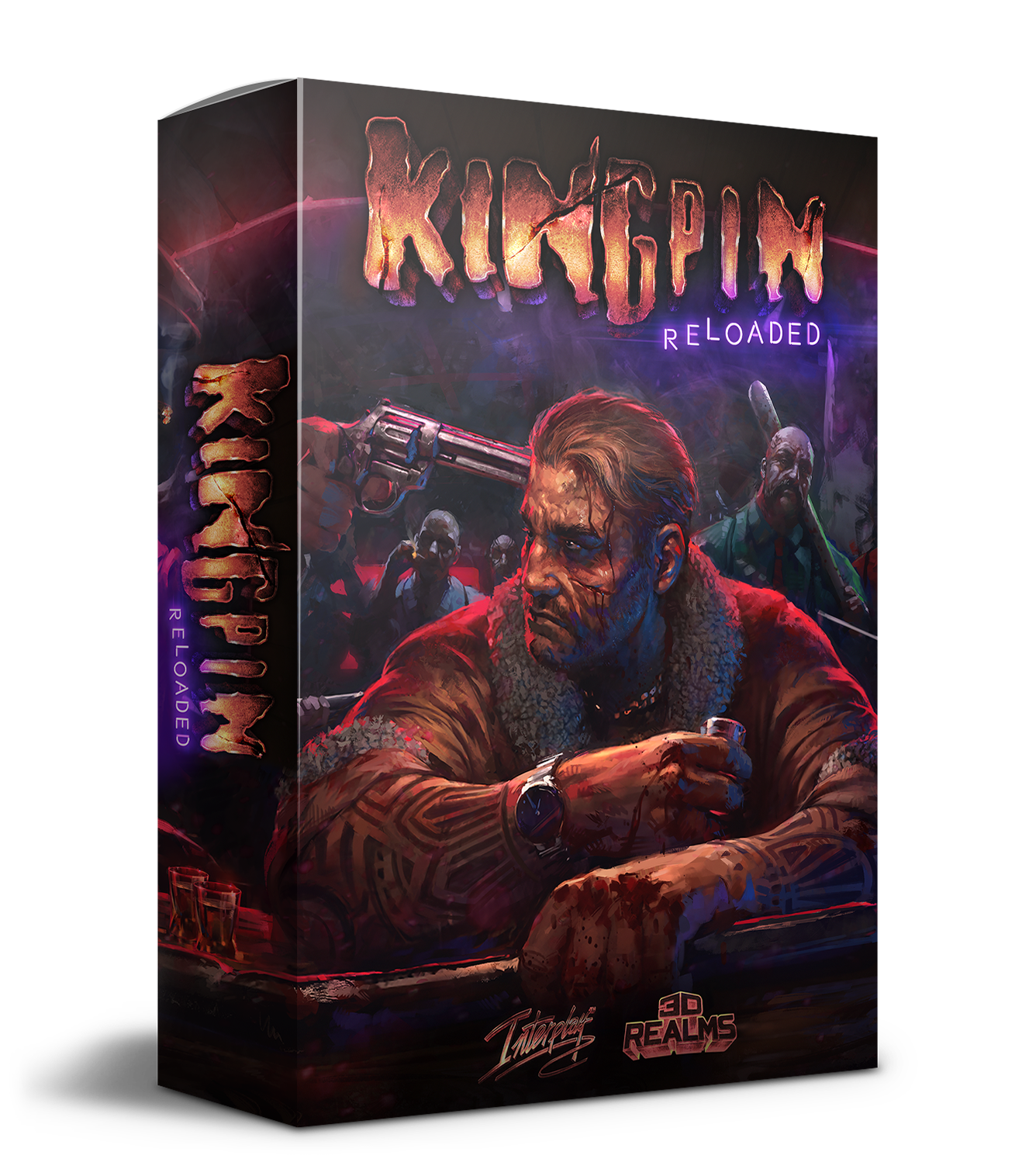 In a stylized noir art deco gangland that never was, the Kingpin rules above all else with a bloody fist. When his lieutenant Nikki Blanco leaves a no-name Thug battered and broken, the upstart criminal rises from a puddle of blood, lead pipe in hand and revenge in mind.

Stalk lamp-lit streets and take down rival gangs to let the Kingpin know his end is nigh. Kingpin’s immersive sim elements allow the Thug to recruit other gangsters with a conversation system. Increase the Thug’s influence through multiple hub-based missions. Run with the gang on a violent warpath with upgradeable weapons including Tommy guns, bazookas, and more. Location-based damage leads to bloody, thrilling battles: kneecap, maim, or go for the head.

If that sounds too extreme, try No Violence mode. However, the “colorful” language proudly used by Kingpin’s gangsters remains. Lean even further into that era and start fragging in Gang Bang mode’s old-school multiplayer.