Three years back a young NYPD cop, Max Payne, came home one night to find his family senselessly slaughtered by a gang of drug-crazed junkies, high on a previously unknown synthetic drug. Now that same drug, Valkyr, has spread through the whole New York City like a nightmare plague, and Max Payne’s on a crusade for revenge, out to get even. To Drug Enforcement Administration, DEA, this new drug was evil incarnate, to be stopped at any cost.  Max's boss and best friend, the only one who knew his true identity, has been murdered, and Max's been framed for the slaying. Everything ripped apart in a New York minute...
Release: July 25, 2001 • Developer: Remedy
Website 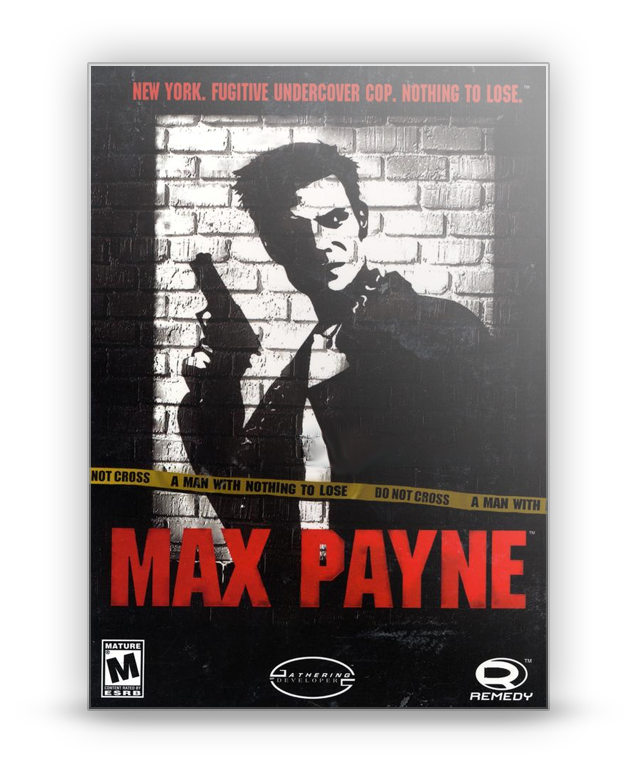 Developed by Remedy Entertainment and produced by 3D Realms, Max Payne is a relentless story-driven game about a man on the edge, fighting for his justice while uncovering plot-twists and twisted thugs in the gritty bowels of New York during the century's worst blizzard.

Feel The Pain: Story is the bedrock of Max Payne. Yeah, it's chock full of mind-blowing gunplay. But at every turn, a new and clever piece of noir storytelling will motivate you forward and illuminate the action." - PC Gamer

Bullet-Time Gameplay: A first in gaming. "Slo-mo gives you an inventive advantage over your opposition...[and] also happens to be the most frickin' cool device ever employed in an action game." - PC Gamer

Play it Your Way: Auto-adjusting gameplay, another first in gaming. You want the action will be challenging and intense, but not unfair and frustrating--the game's self-adjusting difficulty keeps you in the sweet spot of game play bliss.

Make Your Own Levels: The most powerful, easiest-to-use game editor ever released is in your creative hands, with WYSIWYG-style editing. Even recreate your house or workplace!

More Realism: Painstaking attention to detail, bullets even modeled accurately resulting in realistic and cinematic game play unlike anything you've seen. "Everything is destructible, and comes apart realistically. You've never played action sequences with this level of demolition." - PC Gamer

Minimum install will load the levels from the game CD. Full installation is recommended for optimal performance.