It's the 22nd century: Galactic travel is commonplace, peace is at hand, and the future looks bright - until Goldfire's plan to unleash an army of military mutants shocks the galaxy. Dr. Goldfire, a brilliant bio-scientist whose morbid research led to incredible genetic improvements in humanoids and aliens, has gone power crazy.

And only the galaxy's best agent, Blake Stone, has a chance to infiltrate Goldfire's secret fortress on a remote planet, and end the evil before it's too late. Up against absurd odds, and the most hideous genetic creatures and armed personnel ever amassed, it's up to you to help Blake in his most dangerous mission ever, classified: Planet Strike!
Release: Oct. 28, 1994 • Developer: JAM Productions 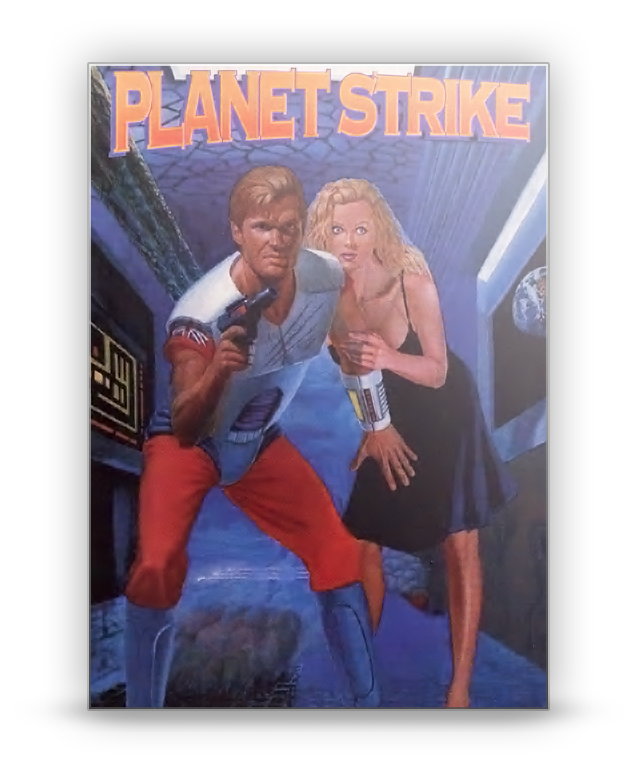 British military agent Blake Stone finds himself in a life or death struggle for control of humanity's future. After a five-year manhunt for the elusive Dr. Goldfire, the search has ended.

The trail has led Blake to the planet Selon, and to the abandoned STAR Institute Training Complex. If the reports are correct, then Dr. Goldfire is alive and has once again created a fiendish army of evil mutants.

Blake is going to need all his wits, skill, and the best firepower money can buy to put an end to Goldfire's plans. Blake's mission is clear - he must use all his resources to destroy Dr. Goldfire before he can unleash his new army of mutant creatures on the universe.

Sticks and Stones: New hazards, such as barriers and spikes.