Earth's savior doesn't want the job.
Tommy is a down-on-his-luck garage mechanic, stuck in the middle of who-knows-where on some forgotten reservation, where Native Americans are tucked away out of sight, out of mind. And then the unthinkable happens: Earth becomes prey to the galaxy's largest predator, a space-bound Texas-sized alien that's looking to satiate its hunger with the organic goodness that most populates Earth: Us.
And the first course is a certain forgotten reservation.
Release: July 11, 2006 • Developer: Human Head
Website 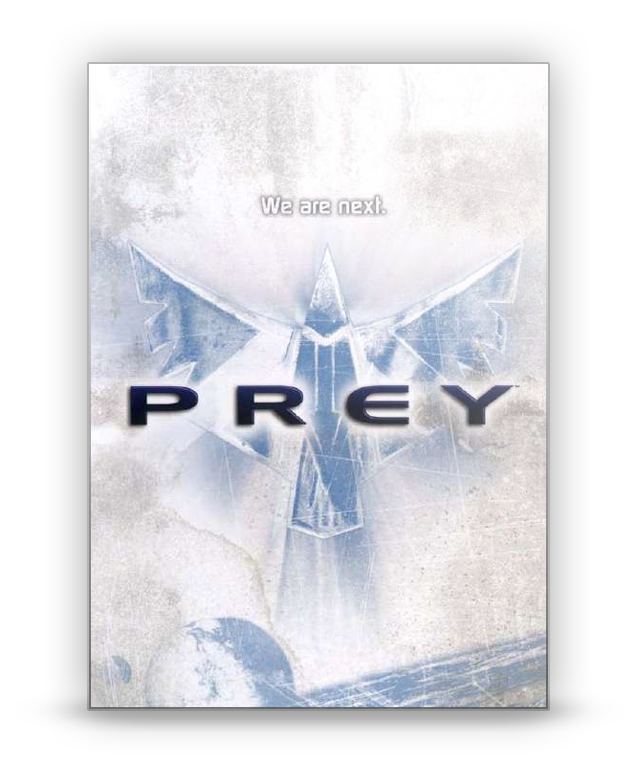 Tommy and his girlfriend have become prey, his grandfather has been killed, and hundreds of his tribal nation have been abducted through space-warping portals. Freeing himself, all Tommy cares about is saving Jenny. But the spirit of his grandfather beckons him to embrace his heritage, accept the ancient teachings, and prepare to battle the menace that threatens to destroy all the planet's life.

Ace in the Hole: Portal technology adds a new dimension to gameplay - surprise encounters and original puzzles face you at every turn.

Shock and Kaw: Tommy has a sidekick: a spiritual hawk that can help him fight enemies and decipher the alien language of the living ship.

Prey Together: Multiplayer-game support that takes advantage of the unique gameplay styles in Prey.