In the far future, armadas from surrounding systems have suddenly waged war on Earth, destroying crucial installations and major cities - Earth is quickly brought to its knees. You are a pilot from the Ares Squadron, flying the fastest, most dangerous crafts ever made. You pilot the TV-202, a fighter few can handle. Given that the previous model, the TV-101, has chalked up more dead pilots than any experimental craft in history, many consider you lucky to be alive. You're outgunned, outmanned, and strapped into a flying coffin.
Release: May 1, 1995 • Developer: Terminal Reality 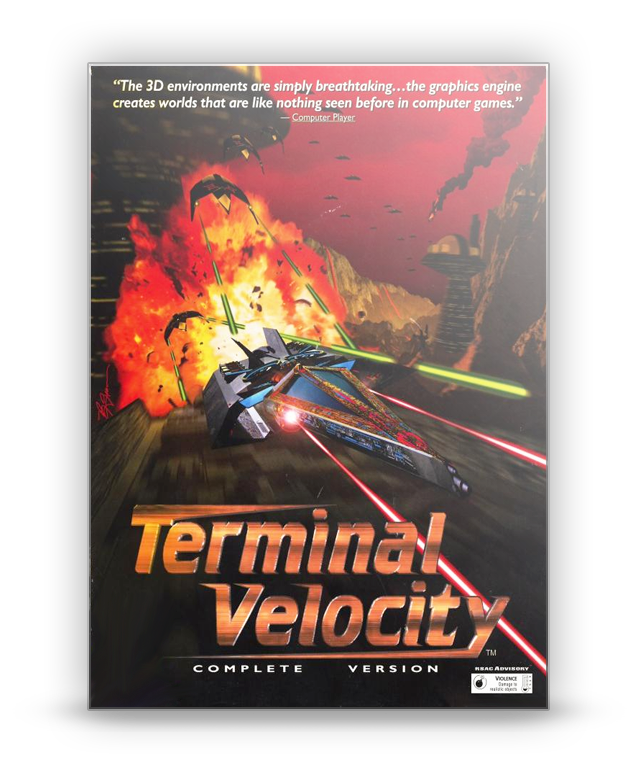 Created by the former lead programmer of Microsoft Flight Simulator, Terminal Velocity features a fast frame rate, realistic outdoor environments, and the unique ability to fly through tunnels and into underground caverns. Quite simply, Terminal Velocity is all about action, speed and destruction.

On Top of the World: 9 totally unique planets, with 3 levels per planet, and dozens of tunnels and over 400,000 sq. miles of terrain.