Nothing beats the excitement of playing against friends. In Wacky Wheels, you can do just that. Play with a friend in split-screen mode, play head-to-head using a modem connection or play via serial (null-modem) cable. Race against challenging computer opponents with adjustable difficulty settings. Wacky Wheels is packed with features: non-stop action and variety, heart-racing music and furious 3D point-of-view vivid VGA graphics and animations. It's so much fun, you'll hate to finish!
Release: Oct. 17, 1994 • Developer: Beavis Soft 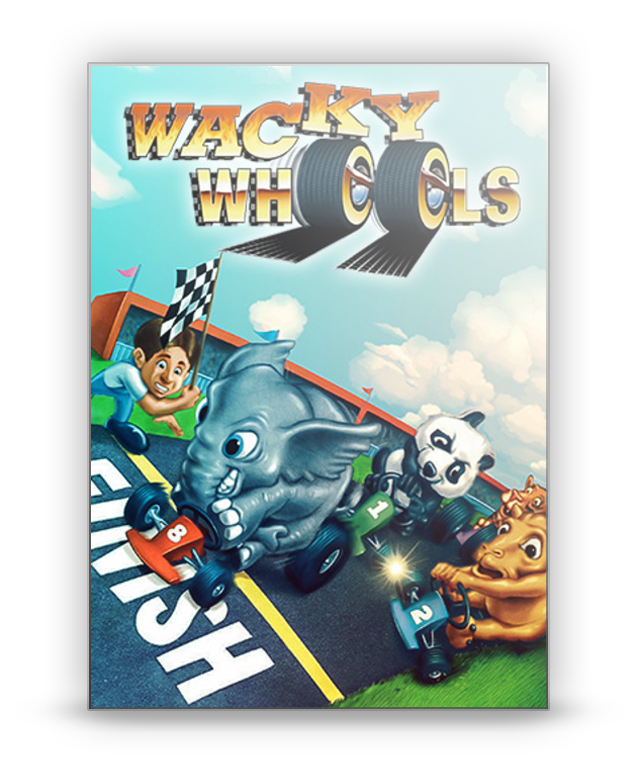 Play as eight wacky animals in Wacky Wheels. Each animal has its own colorful antics and animations, including a tiger, elephant, raccoon, panda, shark, and more. These animals are incredibly competitive - they hate to lose! They take great joy in bumping, scraping and knocking you off the track. They want you at the back of the pack!

Nothing beats the competitive feel of racing. Feel the thrill as you race past your opponent, slam their car into a water trap, and beat them by a bumper to the finish line. Avoid obstacles, knock opponents, launch weapons, take shortcuts, engage turbo mode, and hit jumps with perfect timing to outrace your opponent every time!

Pig Out: Large variety of race tracks (42 total in the "Upgrade Edition")

Rat Race: 60 high score charts - one for each race type.

Minimum of 2GB of RAM.