As you probably know, the offices of 3D Realms these days reside in Aalborg, Denmark. This is a relatively new development, as Interceptor bought the company known for such titles as Duke Nukem, Max Payne, Wolfenstein 3D, and many many others. We've decided to take a look back at the history of the offices that made up 3D Realms. We enlisted long timer Joe Siegler to write about this relatively unknown part of the company. This second part (of four) focuses on the longest serving offices, which operated from 1991 to 2002 out of the Broadway Blvd location.

Once the company got successful enough and outgrew Casa Miller, a new location was needed.   Eventually the offices on Broadway Blvd were selected as the new home of Apogee (3D Realms as a name hadn't yet been invented).    Scott found offices available pretty close to his house, the location that I was originally at when I was hired.   The Broadway Blvd location is only 1/3 of a mile away from the house he was then living at, so it was a pretty natural choice.   Here is a picture I took of the building when I first visited it in November of 1992: 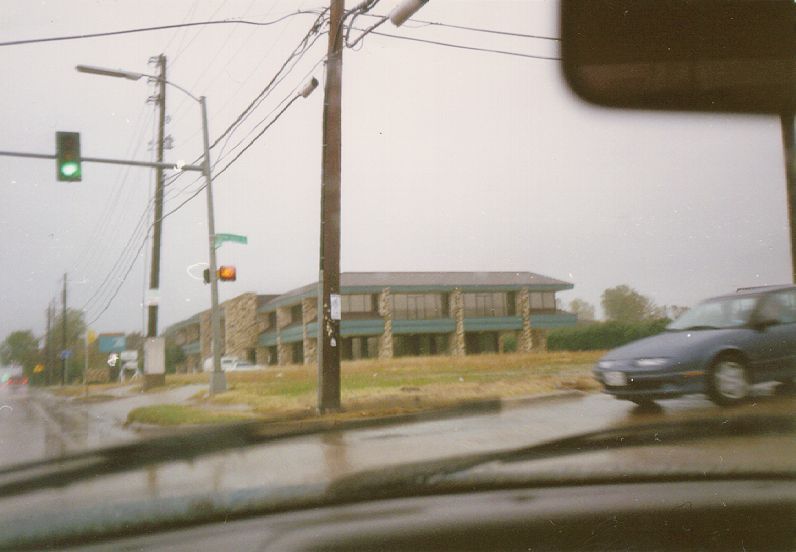 It turned out to be a great choice too, as those offices served us well over the years.

When the company first moved into the building, it took up just a couple of rooms on the bottom right of the right half of the building.   It was way more space than the Mayflower location, but still relatively small.  In just the year and a half before, there was a lot of expansion.  Besides the couple of downstairs rooms, the company had moved upstairs and took several other suites upstairs.  As the years went along we ended up with the entire upper right of the building as well as an office elsewhere in the building where we had our Motion capture room.  We expanded out several times, knocked down several walls; we were a pretty big tenant, at the time we left, we occupied roughly 30% of the entire space there.

I forget what year it happened, but in the late 90’s we had a bunch of fans “invade” (their term, not ours) the offices.  A couple of fans from our forums just showed up, and walked in and asked to see what was going on.  At the time we didn’t have much in the way of security, and while George was generally nice to them, it did prompt some changes.  After their stunt, we installed security keyfobs for the doors, so you couldn’t just get in without someone letting you in.  That also extended to our next offices in a big way.  I can’t recall if anyone tried again at the Broadway offices after that stunt, but they wouldn’t have gotten in.

I personally worked out of this location for 10 of the 11 years the company was here, so I have a ton of stories about this.  But to keep this from being a behemoth of an article, I’ll restrict myself to mostly telling stories from pictures I have saved that are good stories.

Escorted out by the Police

When we were on the verge of taking over the last space in the upper floor, it required the landlord to not renew the lease of the last tennant up there, and this guy apparently had violated the lease by living in the offices.  We later found out he was going through problems with his wife.  The point in that is to say that all of this really led him to a bad place mentally.    This led to the Garland police having to escort all of us out of the offices by armed escort.   There were something like 6-10 policemen involved involved in the multiple levels of the stairwell, when we were walking out, we were never out of sight of one or two of the policemen.  That was pretty scary.  Later found on that the guy had a gun, and whether we were under threat personally, or it was just for our safety as the guy threatened his own life, I can't recall.  But I very VIVIDLY remember being escorted out of my own office by policemen and standing around outside waiting to be let back in.   I don't have any pictures of this, mostly because you don't want to be taking pictures of the police (or at least I didn't) when they're trying to save your life.

We did, however, have pictures of the time that George got a speeding ticket on the way to work, and was "pulled over" in our actual parking lot.  :) 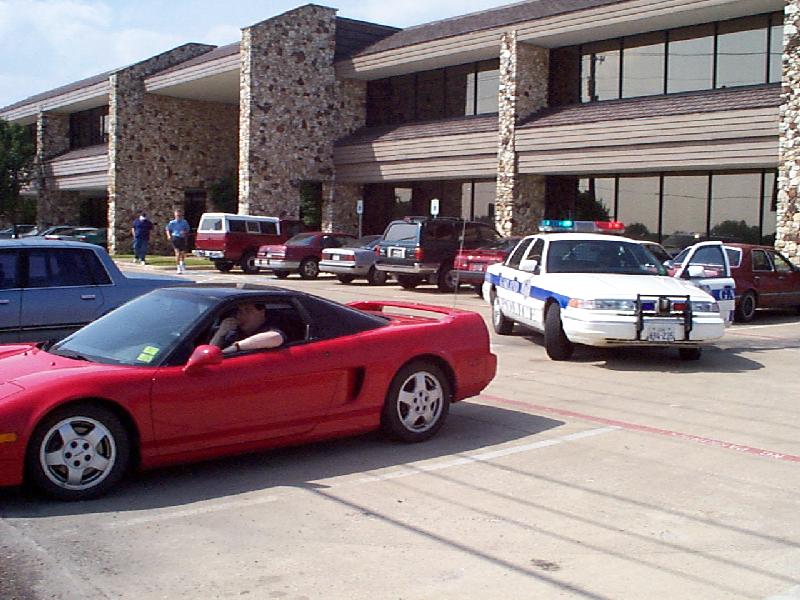 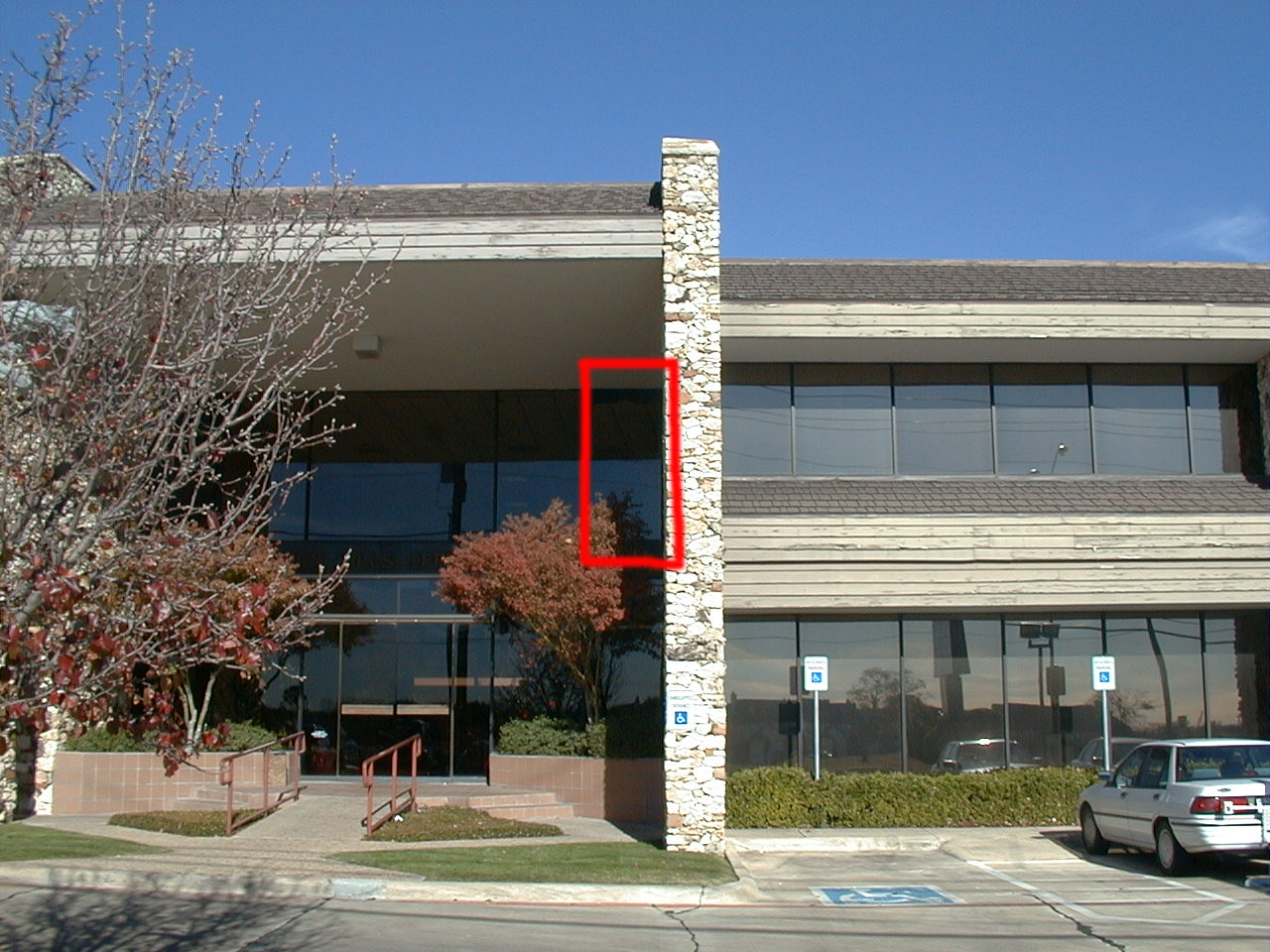 That space was occupied for awhile by Todd Replogle, who was the original Duke Nukem programmer (as well as a few others, including Cosmo).   There was a famous picture of Todd taken in this small space.  You can see that here.  At our offices, we were pretty much all fans of South Park, and to that, given we were game developers we tended to have “toys” relative to things we liked.  That included someone having a giant cardboard head of Cartman.  Someone (I honestly don’t remember who) had the funny idea of sticking the Cartman head in the window of this small section that was in the main building window.  So they did.  It stayed there for several weeks, and I thought it was quite hilarious – went out there and took a few pictures that you can see here.   Eventually the building management made us take it down, but for awhile there we were showing Cartman to anyone who came into the building.

In the summer of 1996, we shipped the full version of Duke Nukem 3D, and since we were still doing all our shipping in house, it was well, a project, to say the least.  We had taken over a complete office for the sole purpose of shipping orders - and there were an EPIC TON of them.   We had piles and PILES of shipping boxes and CD's and the entire staff would take turns rotating in and out of the shipping room to fill orders.   Back then our website had a live webcam which we would rotate from various rooms, and during the shipping process for Duke Nukem 3D we moved the webcam into this room.  We also used the livecam page to famously tell people we had started shipping the CDs using the first picture in the group below.   Here are a handful of pictures from the shipping room at the Broadway offices.

When the original Max Payne shipped, we were still mostly doing shipments of material out of our offices.   To that, we were going to do basically the same thing we did with Duke Nukem 3D.  However, since the bulk of of the orders were done in retail, we didn't ship as many out of the offices.  But we did have a lot to deal with.  Most of which had to do with Fedex.

Our shipment of Max Payne boxes were shipped from Canada, and through Fedex.  Apparently someone who prepared the paperwork ticked the wrong box, and our shipment of boxes was held up (I believe in Memphis).  We couldn't get the full shipment in time that we needed to get them to ship when we had promised customers.  However, we did managed to get the shipment "released", but Fedex couldn't get them to us early enough - we hired someone to drive to Memphis to pick up enough of them and drive them back to Garland so we could send them out when we told people.

This made for a VERY late night, as the boxes we needed to have didn't arrive until around 4:30AM.   The entire 3D Realms crew had hung around overnight to make it happen, and we eventually got all the orders filled in the middle of the daytime the next day after we had originally planned to work on this.   We had contacted the local post office to send over a big truck to take the boxes, and they sent two of those little carrier trucks you see a ton of.  We laughed, and made them send a "real truck".   Overall this was relatively uneventful, except for two things.   The fact that we didn't start filling orders until 4:30AM, and that when we were wrapping things up, a few more pallets of Max Payne showed up and we had to deal with taking all of them inside the building too, as we couldn't leave pallets of the game sitting in the parking lot.   Here are some pictures from the Max Payne shipping party.  :)

When Tom Hall was at Apogee/3DR working on numerous games, he would have these giant pieces of blank posterboard on his office, with a bunch of magic markers next to it and the words “Do not write on this board” on the whiteboards.  I thought this was one of the cooler social experiments, because everyone who came by Tom’s office would doodle on the boards.   If I had an actual office where I work these days (I work from home), I’d do this same thing, I always LOVED this idea.   Below is the lone picture I know of that we have in the archives of one of Tom’s “door drawing boards”.   Click on the picture for a very large version where you can read a lot of what's on the sign. 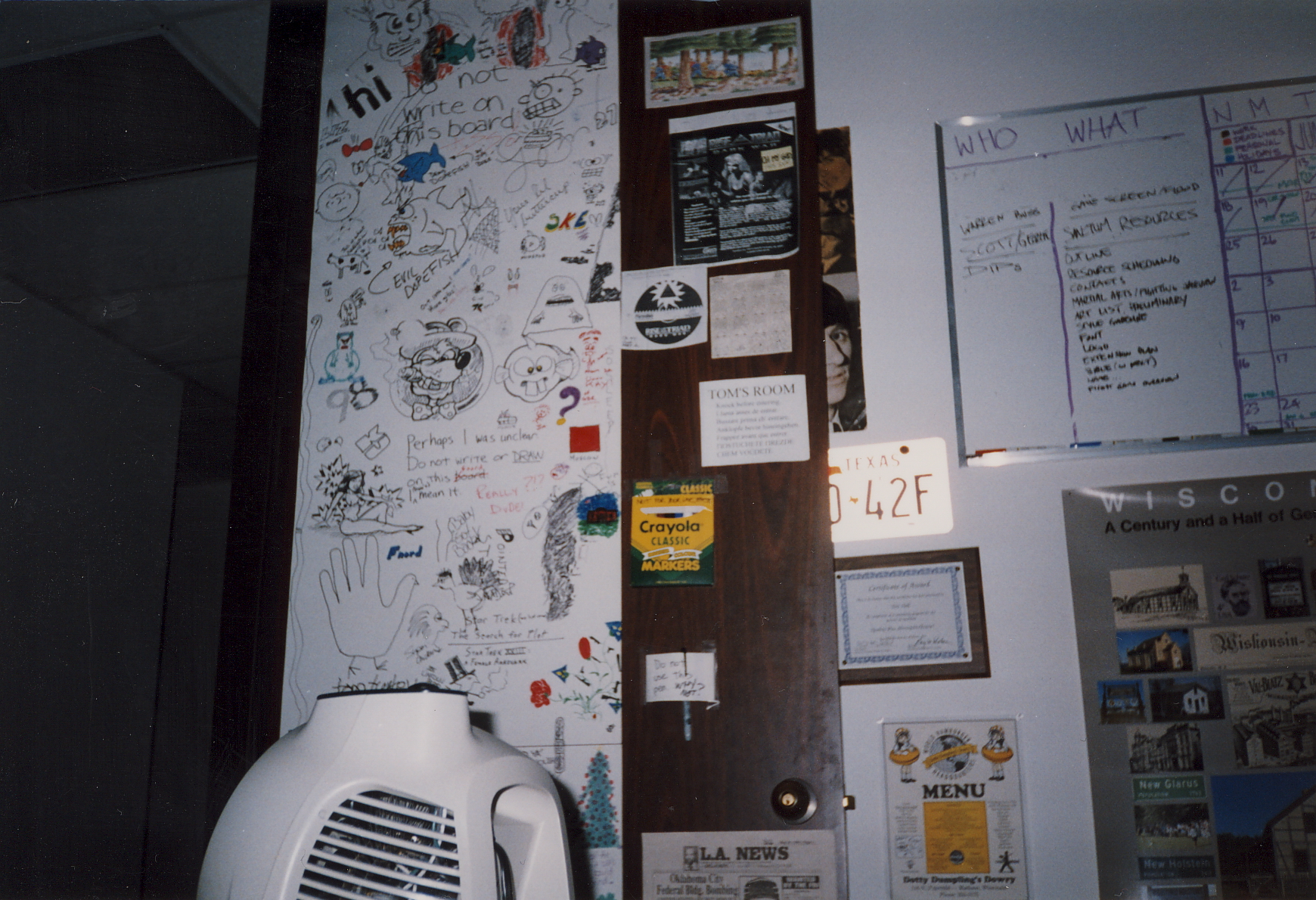 One of the later things we did with our space in the building was build our own Motion Capture room.  By current tech it was primitive, but for the time, it worked pretty well.    Most of what went on in there is what you’d expect, but I ran across these couple of pictures and I wanted to point them out.  We motion captured a lapdance once, with the lucky recipient in the chair being Matt Wood.  The girl was a friend of a friend of a friend kind of thing; she was a dancer based out of Austin, if memory serves.  Anyway, here’s a few fun pics from our Motion Capture room:

We have taken many a team photo in these offices – some in the lobby.  Most you have seen, a couple you have not.  They were in game manuals and used in promotional materials.  Check ‘em out:

Here’s a section with a few pictures from various things around the office that we used to do that don’t need a whole story.  Check ‘em out:

After Apogee had been in the Broadway Blvd location since 1991, it came time to move in the fall of 2002.  We needed more space, and getting more space in the Broadway location was not an option.  Plus we kind of wanted our own place.  We took a boatload of pictures of the move (which took two full days with the movers); I won’t bore you with those, just show a couple.  :)

Saying goodbye to Broadway Blvd was kind of sad.  I worked from this location for a decade.  Some of the company's greatest achievements ever happened in this location (Duke Nukem 3D).  We got to meet many famous game developers here, met some non gaming celebrities such as David Gerrold.  I left Pennsylvania to come to Texas for a job here in late 1992, partially due to the video shown below which briefly shows in the inside of these offices.  A place is a place, I get that.  But I had a TON of great memories working out of the Broadway Blvd location.  I still live in the area in 2015, and do the occasional shopping at the Walmart across the street, so I still see the place.  Have many fond memories of working here.

I remember the search for office spaces took us to several places around town, but in the end we wanted our own building, so in the end we moved in Nov 2002 to the first location we ever had where we were the only tenant in the building, which remains true even into 2015.