Each entry will run for approximately two weeks.

The winner for Contest #251 was a user named Robman from our own forums who wrote...

"Becky's just been informed that as acting PR person for 3DR, she's been banned from phone use and forced to "mingle."

If you need a reminder, here is what Contest 251's picture was. 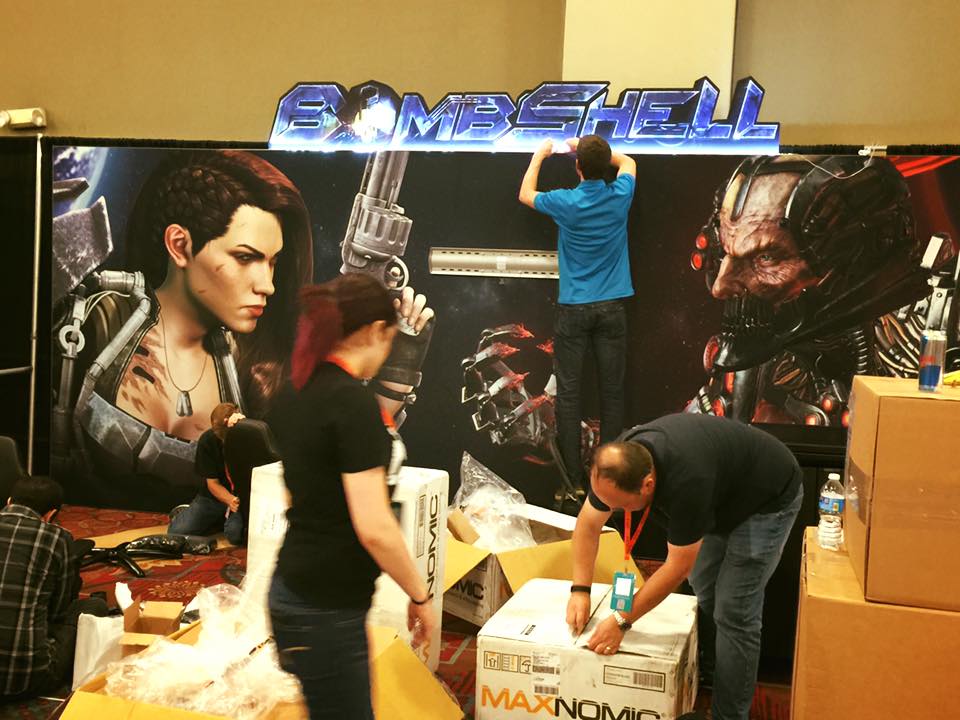 In reality, this is the 3D Realms crew setting up the Bombshell booth for Quakecon 2015.
Discuss