Each entry will run for approximately two weeks. This entry was delayed due to some technical problems on our website.

The winner for Contest #254 was a user named doggydoo from the 3DR Forums who wrote...

This is a lifesize cardboard cutout of Frederik which was used and placed there whenever he was on break. It looked so real that Mike Nielsen couldnt see the difference and accidentally packed human fred in a box during cleanup. After a few hours, he realised something was wrong when Fred was being awfully quiet and wouldnt sit down in the airplane.

If you need a reminder, here is what the picture for Contest 253 was. 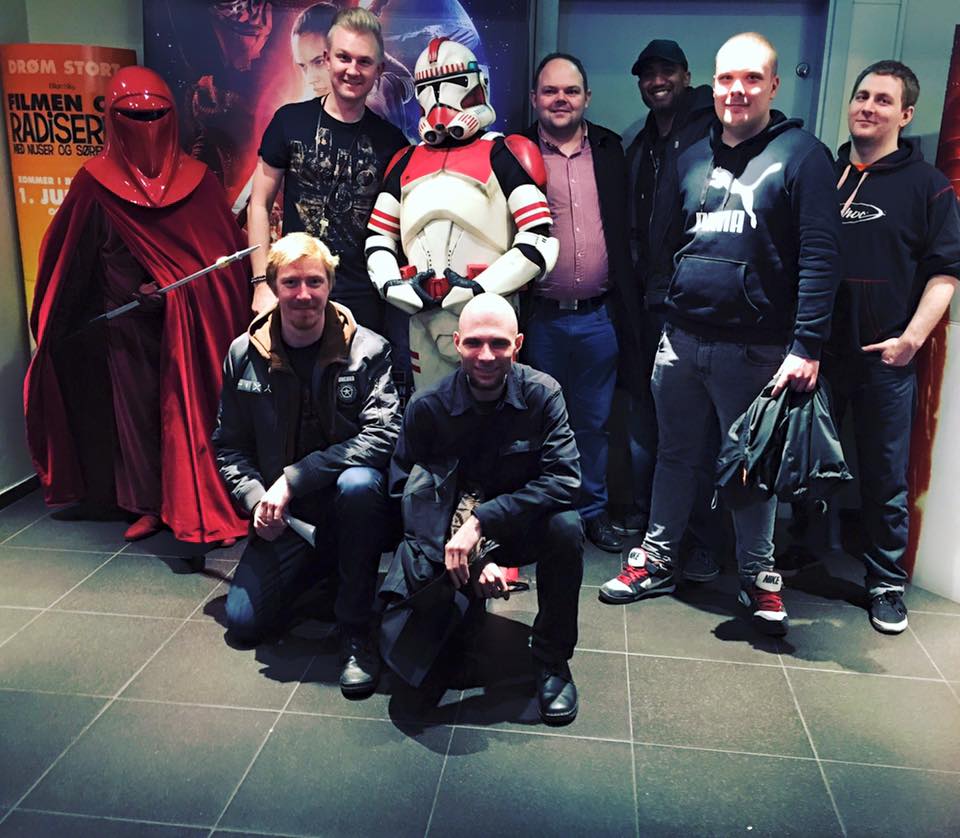 In reality, this is team 3D Realms seeing the first showing of Star Wars: The Force Awakens on Dec 17, 2015.