Since 1987, Apogee Software, Ltd. has been a multifaceted pioneer and innovator in the PC gaming industry. Apogee's first breakthrough was in shareware marketing. Known in the shareware industry as the "Apogee model," our breakthrough method of releasing a portion of a full game (an "episode") as shareware (years before the Internet became popular) was risky and innovative, and done well before other PC game publishers released demos of their games -- now standard practice.

Among other innovations popularized by Apogee in our early years include cheat codes (standard practice for our games as far back as in 1987), level warps and the so-called "god" invincibility mode. Apogee's games, and later 3D Realms' games, have always included skill levels and save/load game options, both very rare in PC games in the late 80's and early 90's. 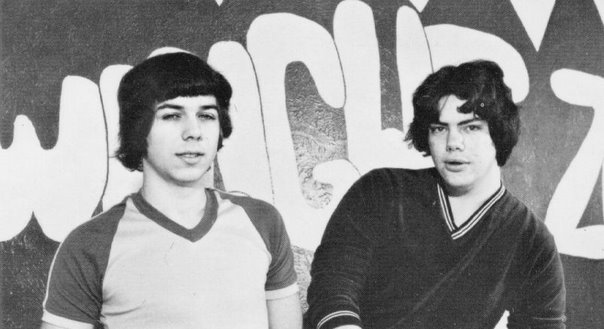 Apogee is considered the founder and father of the local Dallas-area game development community, with most of the top developers in this area having strong connections to us. For example, id Software located here to have a closer working relationship with us during the development of Wolfenstein 3-D. Ritual Entertainment was formed by several developers from Apogee. Ion Storm co-founder Tom Hall left 3D Realms to follow his dream of owning his own company where "Design is law." And many other of our developers have also gone on to become key members at non-local developers, such as at Valve Software (Half-Life) and n-Space.

In 1991 Miller's long time friend, George Broussard, joined Apogee as a co-owner and became project leader for most of Apogee's games. Broussard's design skills and "shit filter" are among the best in the industry. (Interesting note: Broussard is probably the only person in our industry to create a game completely on his own, Pharaoh's Tomb, and misspell his own name on the game's title screen!)

Apogee was an initial inductee into the Shareware Hall of Fame in 1996, and in 1995 Apogee's founder Scott Miller was awarded a Lifetime Achievement Award by the Shareware Industry Awards Foundation, for Apogee's leadership and innovations in shareware game marketing.

In 1994 Apogee created a new division, 3D Realms Entertainment, with the goal of developing innovative, interactive, immersive and of course fun 3D action games. The Apogee label, for all purposes, was slated to be phased out after having been responsible for nearly 30 PC games, including Beyond the Titanic, Supernova, Kroz, Pharaoh's Tomb, Commander Keen, the original Duke Nukem in 1991, Cosmo's Cosmic Adventure, Word Rescue, Math Rescue, Wolfenstein 3-D, Blake Stone, Raptor, Wacky Wheels, Rise of the Triad, Death Rally and Stargunner. 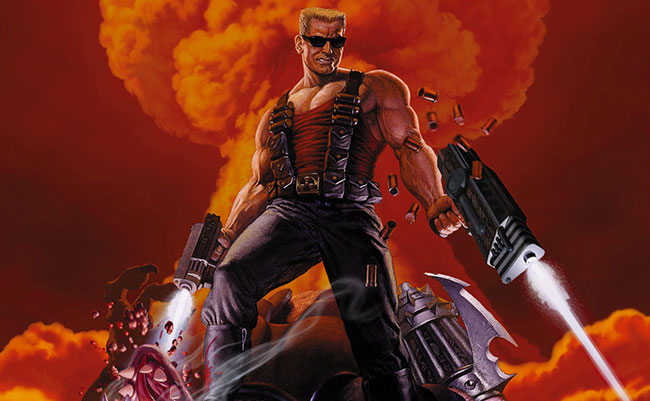 Next came Duke Nukem 3D in early Jan. 1996 (shareware only, with the full game releases in May). Duke's third adventure (the first two were 2D platform games) rocked the gaming world as if kicked in the rear-end by Duke's mighty foot. Duke's signature phrase, "Come get some," was exactly what game players did, propelling Duke to the number one seller status for several months in a row, and number four for 1996, even though the list that ranked Duke number four didn't include the 50,000+ copies of the game 3D Realms sold directly, and which would have put Duke even higher on that list--only behind a game (Warcraft) that had a full years' sells, compared to Duke's seven months!

Duke Nukem 3D not only sold well, it scored consistently 90% or better in reviews, including several perfect scores. The game was praised by press and players alike for setting new standards in interactivity, level design (realistic environments), cool weapons, innovative inventory items, game humor, level editor (the first to be including with a first-person shooter), multiplayer "DukeMatch" fun, and most of all for the attitude-busting, non-PC character of Duke himself, including his direct-to-the-point comments heard throughout the game. Duke Nukem became an overnight star.

The Build engine, upon which Duke Nukem 3D was constructed, went on to become the most successful engine in terms of number of games released, a record still maintained at the date of this writing (May, 1999), with 12 published games. Notable games developed using the Build engine include Witchaven, TekWar, Shadow Warrior, Blood, PowerSlave and Redneck Rampage.

Financially, 3D Realms is able to self-fund internal development of entire projects. 3D Realms' goal of producing only triple-A titles means we pay a lot more attention to actual development concerns than budgets and financial matters. In fact, 3D Realms has never had a game budget -- we do not use a spreadsheet for budget planning, only expense tracking.

In 1997 3D Realms teamed up with Finnish developer-on-the-rise Remedy Entertainment to develop an ambitious 3rd-person shooter with a strong character, progressive story and realistic present day setting: Max Payne. This game is a partnership effort, with Remedy handling the game's development, and 3D Realms providing funding, design direction and a marketing plan to create a long-term franchise property much like Duke Nukem has become.

"Max Payne debuted on the PC in August 2001 and was an immediate and impressive hit, selling about 500,000 copies by the end of the year on the PC alone, and with Xbox and PS2 versions appearing on shelves December the same year. Critically, too, Max Payne earned rave reviews, averaging in the 90 percentile range. Also, at the time of this writing, Max Payne had picked up several Game of the Year honors. A new character-based game franchise is born." 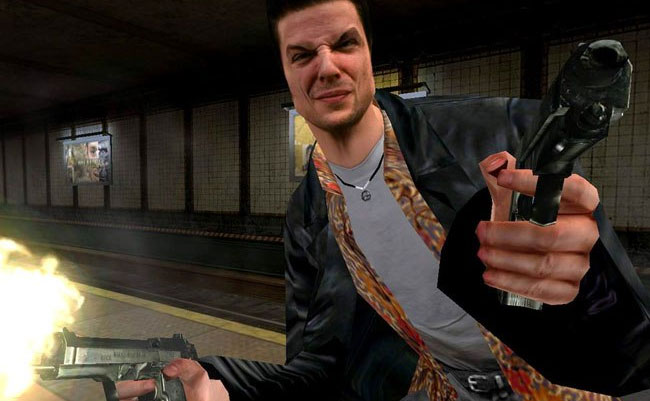 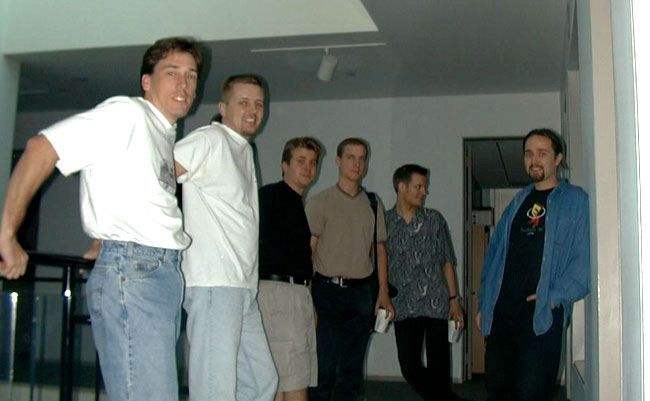 Early in 1998 3D Realms became an equity partner with Gathering of Developers, a Dallas publisher with a unique vision toward developers. Max Payne will be the first title released through Gathering. "In December 2000, Gathering sold all of it's shares and interest to Take-Two Interactive, which is now the publishing home of Duke Nukem Forever and Max Payne."

One of the biggest reasons Apogee attracts top developers is that every developers shares in the profits made by the games they have worked on. We believe our developers share from the largest royalty pool in the industry. And this pool not only includes the games themselves, but the entire franchise, including ports, merchandise, strategy books, novels, action figures, online revenues, on and on.